Following the collapse of the national and classified categories in the last six years, the most faithful remaining customers for newspapers today are the local retailers who purchased fully half of the $23.9 billion in advertising sold by the industry in 2011.

Now, there is good reason to fear that even the last, best customers for newspaper advertising are getting ready to take their dollars elsewhere – unless publishers act fast to develop a product mix that meets the rapidly changing needs of Main Street merchants. 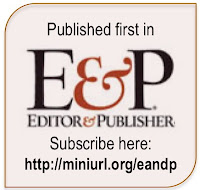 For anyone who hasn’t been paying attention, ad sales last year came in at half the all-time peak of $49.4 billion achieved in 2005.


One of the principal reasons newspaper sales have contracted in the last half-decade is that a growing number of small and medium local businesses (SMBs) are putting more of their marketing dollars than ever into establishing direct relationships with consumers via the digital media.

Although roughly half of local marketing dollars today go to newspaper and broadcast advertising, BIA/Kelsey predicts that only 30% of an expected $151 billion in local marketing expenditures in 2016 will be spent on the legacy media.

Before the Internet and other digital interlopers unhinged the once comfortable franchises enjoyed by local media, it was not uncommon for Main Street merchants to put 70% of their marketing budgets into print or broadcast advertising.  But that was then and this is now.

In a series of surveys over the last few years, Borrell Associates found that many of the dollars formerly spent on local advertising are going to a wide – and growing – variety of alternative marketing venues. Key findings:

:: As of the middle of 2011, 87% of SMBs planned to put money into upgrading their websites – or building new ones.

:: As of mid-2011, 64% of local businesses planned to put money into social media marketing, a sharp increase over the 58% of merchants who were planning Facebook or Twitter blitzes at the end of 2010.

The list goes on, but the point is this:  Newspapers generally don't offer products or services to fulfill these needs.

The only digital marketing solution provided by most publishers is untargeted banners on their websites and mobile apps. Unfortunately, only a fifth of merchants told Borrell they are interested in buying the run-of-site advertising that happens to be the only solution most newspapers can offer.

A further alarming aspect of the Borrell poll is that the more than 2,000 business people quizzed in each flight of the survey were newspaper advertisers invited to participate by their local publisher. Imagine the response if the same questions were put to people who already have forsaken newspapers.

But, wait, things could get worse:

With older merchants turning over their businesses to their heirs and a growing number of under-50 entrepreneurs starting businesses of their own, the demand for local retail advertising could decelerate even faster in the future than the nearly 50% it tumbled in the last six traumatic years.

The reason is that there is a sharp generational divide in newspaper readership between those over the age of 50 and those under it.  In but one example of this phenomenon, the Pew Research Center earlier this year asked individuals where they got political news. Newspapers were cited by only 18% of individuals between the ages of 30 and 49 and a mere 11% of adults under 29. By contrast, 24% of respondents between 50 and 64 cited print – and 31% of those over 65 favored newspapers.

If younger business people don’t read newspapers themselves, it is not likely they will see them as appealing advertising vehicles when they take over Dad’s business or start one of their own. Thus, it seems fair to hypothesize that next-generation business leaders will channel ever more of their marketing resources to the digital media that they, and most of their peers, prefer.

In light of these trends, newspaper publishers would be wise to offer their customers – and those who ought to be their customers – the kinds of marketing solutions identified in the Borrell survey. They had better hurry, too, because competitors ranging from local start-ups to Groupon to Google are selling many similar solutions.

Next month, we’ll discuss the types of products newspapers need to put in their digital-marketing portfolios.  Meantime, take the next few weeks to see how businesses in your community plan to spend their marketing dollars.  You may be surprised to find they are a lot more interested in digital marketing than you think.